A Ringling Bros. and Barnum & Bailey Clown College graduate, Johnny Peers has been working with dogs since he got his first puppy, Freckles, a Beagle mix, from the Humane Society. A show for the whole family and the dog lover in all of us, the show stars mostly dogs rescued from shelters or pounds.

Since their debut, the Muttville Comix have appeared on television programs including Circus of the Stars, David Letterman, Primetime Live and the troupe won Animal Planet’s 2003 Pet Star talent contest show. They have also performed live at the Big Apple Circus, Busch Gardens, Disneyland, Ringling Bros. and Barnum & Bailey Circus, the Royal Hanneford Circus and even the White House!

Johnny Peers and the Muttville Comix is a slapstick comedy act like no other. Watch as Johnny leads over a dozen dogs through challenging and hilarious tricks as Johnny plays the straight man role in this wonderful show!

Show is 60 minutes with no intermission.  Short meet & greet available after the show! 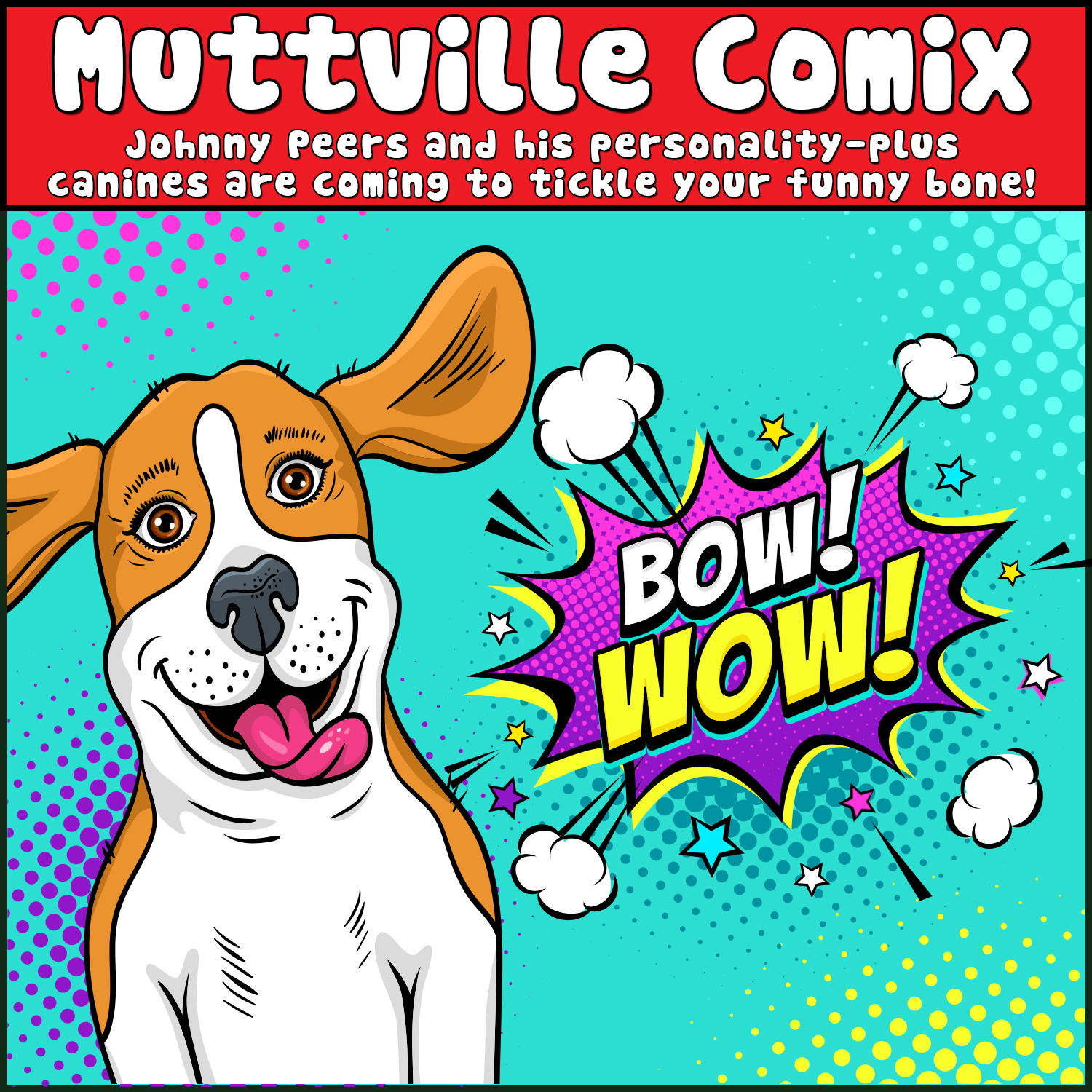